Solved with help from: Will Green (Ducky)

Sharing files like its 1999. Connect to my network with OpenVPN.

Initially the config file contained the wrong remote IP so we were having trouble connecting but with some sharp eyes from Dayton, we were able to replace the incorrect IP with nooopster.challenge.ooo 1999. This was eventually fixed by the challenge authors.

Because nmap told us that this was a MLDonkey server, we initially tried connecting via netcat to see if we could supply MLDonkey commands; as well as downloading MLDonkey and other eDonkey clients. All of which didn’t work for us.

After some time, we took a closer look at port 8888 and realized that it was actually the standard port for Napster which made a lot more sense given the challenge name nooopster.

Doing some research we were able to find a linux napster client called Nap.

Downloading the i386 Debian package and installing like so: 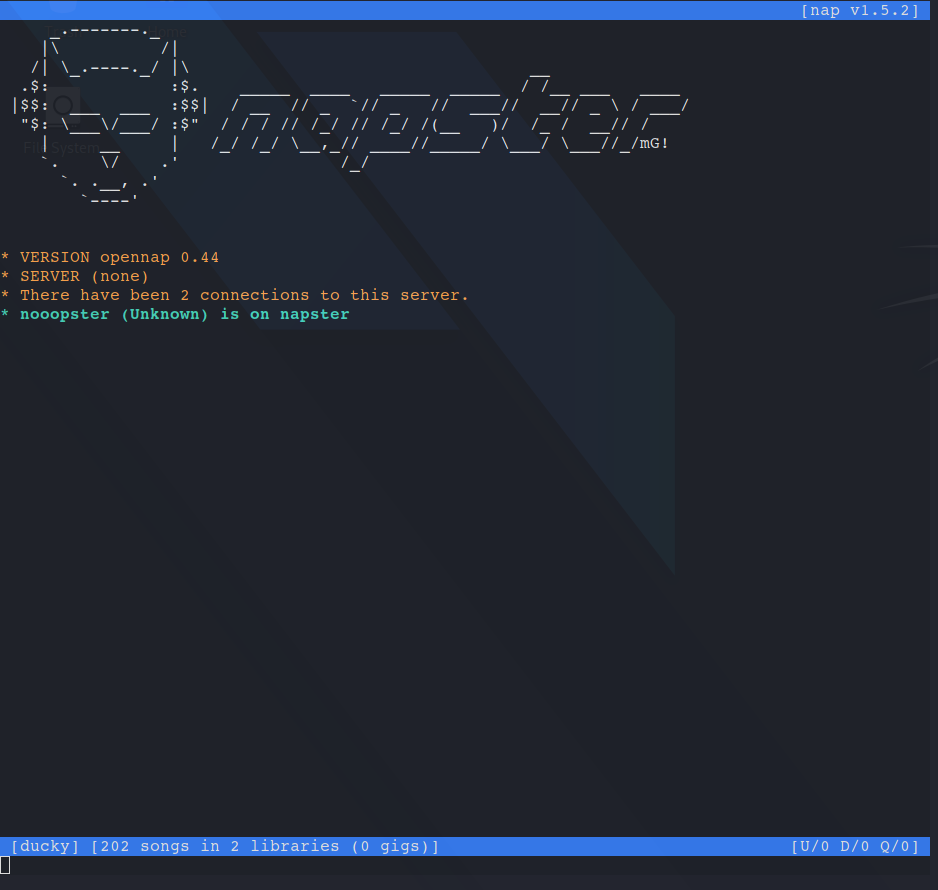 After reading some documentation we were able to list the channels with the /clist command which revealed a channel called #chat. Then we connected to the channel: 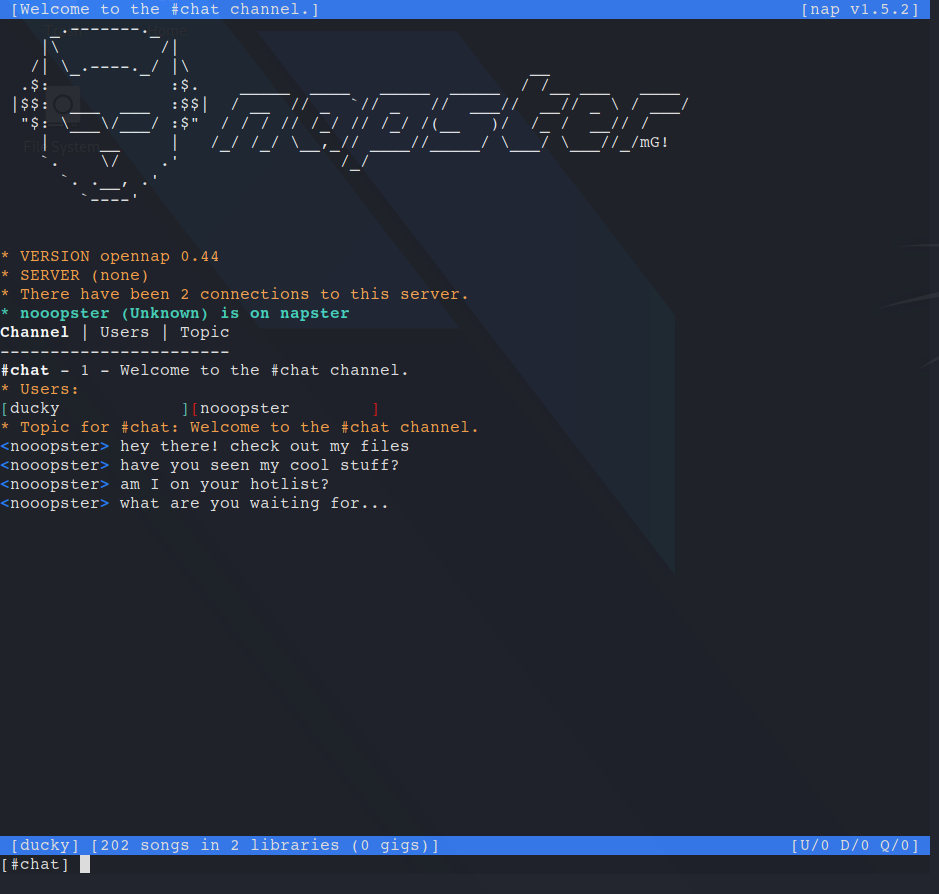 There appeared to be a bot that repeatedly told us to check out his files. So let’s do that! We can use the /browse nooopster command to see what files he has: 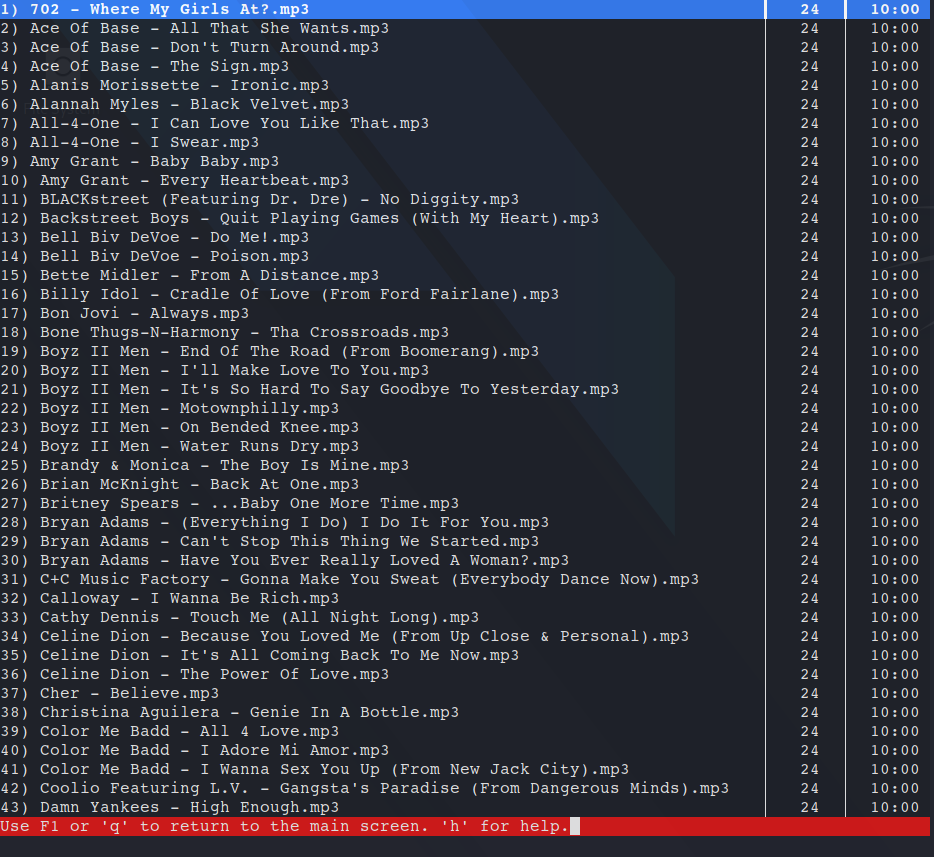 Nice, that’s a lot of 90s songs (which are actually all rickrolls). But if you continue scrolling there’s one interesting file at the very end:

Since this is an ELF binary, we will throw it into Binary Ninja and check out main() (functions have been renamed for readability purposes): 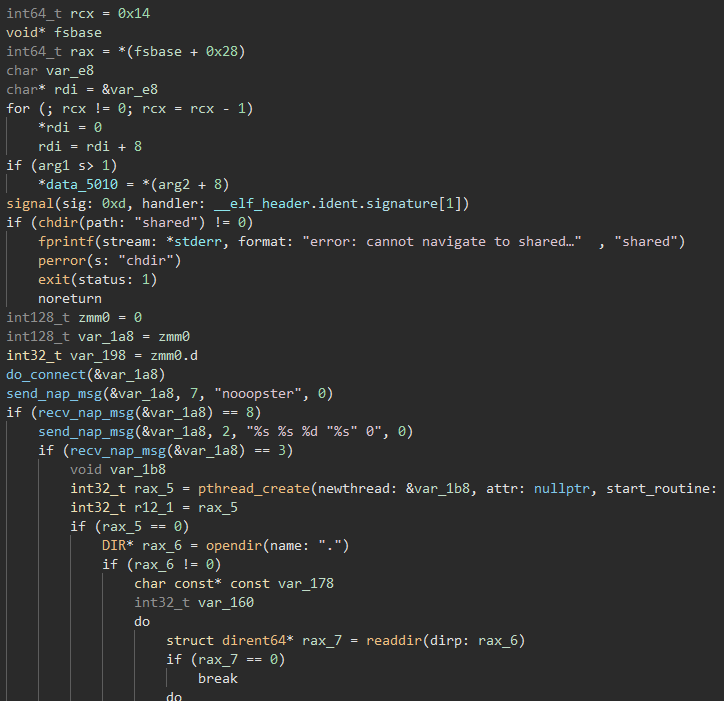 Knowing that napster is a peer-to-peer file sharing service, the chdir("shared") call lead us to believe that this was the binary for the client the nooopster user was using on port 7070.

It appears as though the initial connection is done with the first do_connect() and send/recv_nap_msg() call sequences.

Let’s check out that pthread_create() call: 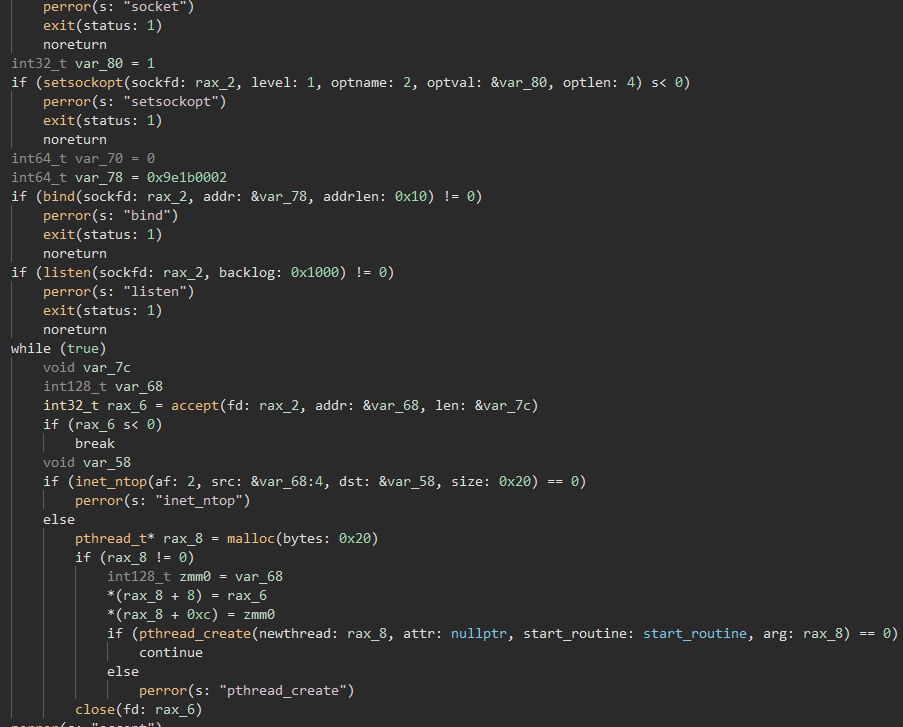 Now, we can take a look at the start_routine() function in the above pthread_create(): 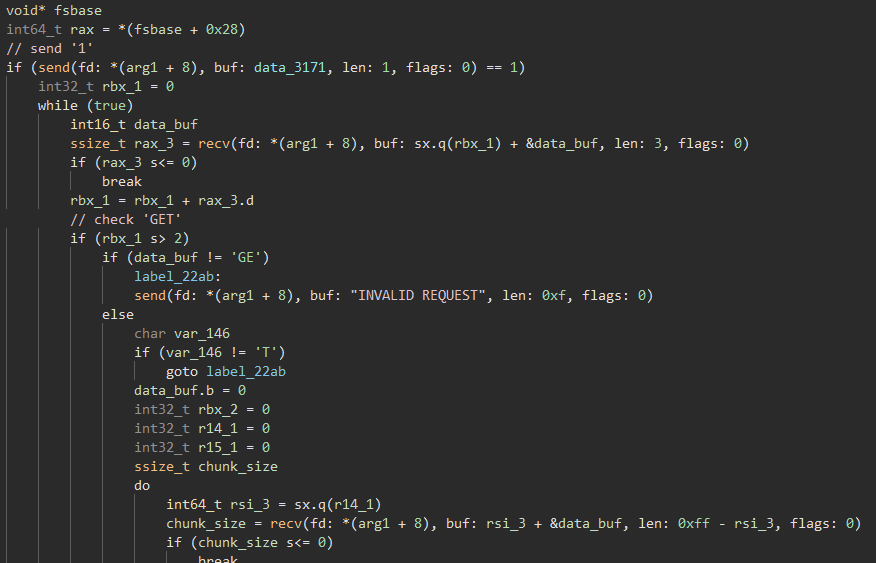 After digging around in the napster protocol specification, we are able to get a better idea of what is going on here. This above code appears to be for use in handling file download requests. As the protocol specification states in section 5.1 Normal Downloading, for each download request, a ‘GET’ string is sent. The code appears to check for that ‘GET’ string before processing the rest of the message.

Scrolling down into the function, we find a simple logic vulnerability in this program: 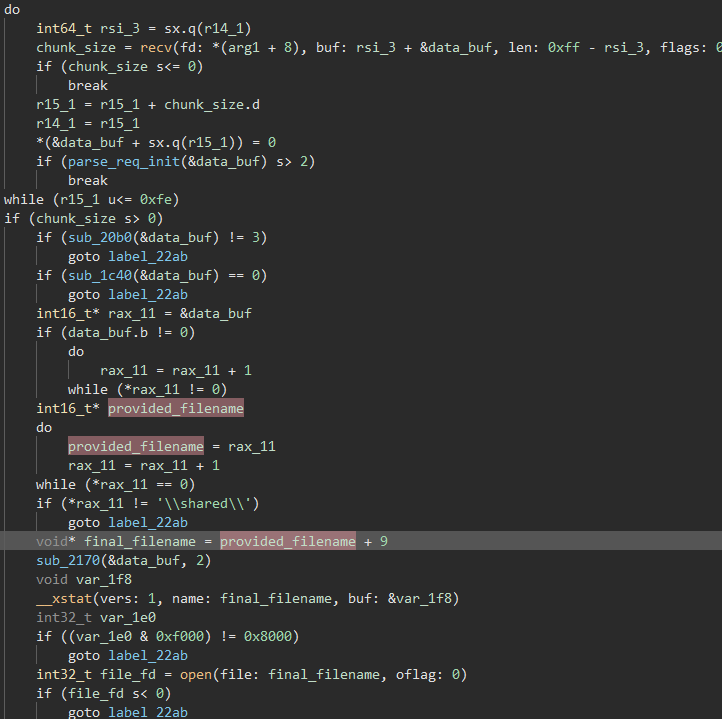 After receiving the filename via the ‘GET’ command, the function checks to make sure the file path starts with \shared\. Then, since it assumes it is running in the \shared\ directory already, it removes the \shared\ portion of the path and processes everything after it as a file of its own.

So, when we asked for the nooopster binary in the napster client, it sent a request to the vulnerable client that looked something like this:

We can take advantage of the fact that the vulnerable client processes everything after the \shared\ string and download virtually any file on the remote client’s system. To do this, we would need to send a request that looked like:

This way, the program will attempt to open, read, and send the contents of the file at /etc/passwd.

The tricky part was actually triggering this bug in the first place.

It appeared that in order for us to send our exploit and retrieve the flag, we not only had to connect to the Napster server, but we also had to first download a file manually through the Napster, such as the nooopster binary from before. We made a check.py script to ensure that we were able to send requests to the server after the manual download: 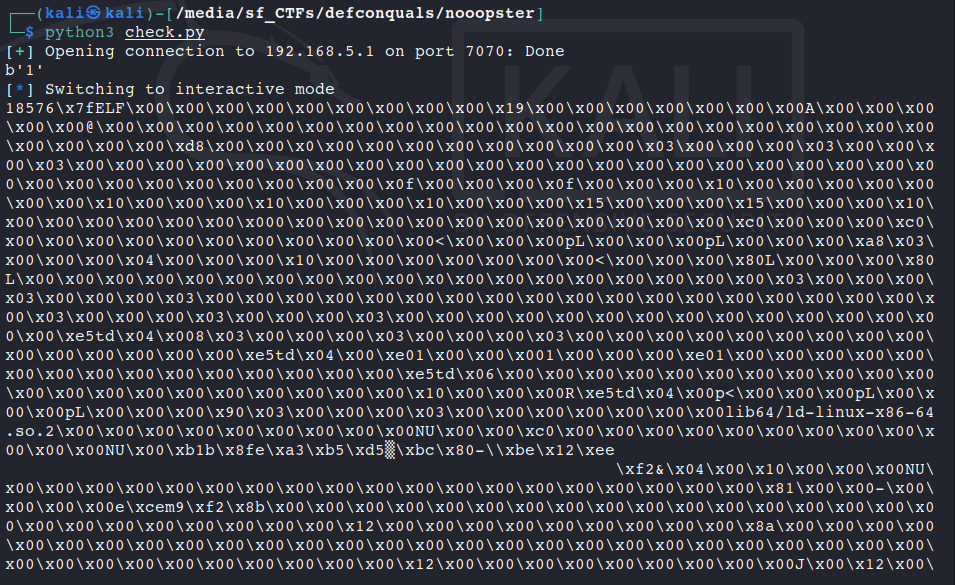 Once we confirmed that the server would respond to our requests, we just have to update the script to grab /flag:

Running the script, we successfully retrieve the flag!